Thank you for the feedback from your children's reports, here is a selection - "My child has absolutely loved her first year of school, I've been blown away by how much she has learnt over the past year and I'm so glad we chose Niton Primary School for her. Thank you to all of you." "A lovely report and great to see our child is enjoying their learning too." "Many thanks to Mrs Patching and Miss Stotesbury for all of their support." " I am extremely proud of how well my child has done this year, thank you." "We are so proud of the effort our child has put in this year, thank you to the school and teaching staff for helping him to achieve this." "We are extremely proud and grateful for the start our child has had under your care. He's enthusiastic everyday in terms of going to school and adores learning. Thank you to you all!" "We are very happy with the progress our child has made. Her confidence has grown and she has enjoyed this year so much. Thank you for the support you have given her, we very much appreciate it." "We are so proud of everything our child has achieved, thank you for your support." "Thank you to all of the teachers - especially Mrs Johnson who has encouraged, supported and believed in our child." "We are so proud of our child's report. She really enjoys school, which is lovely, and I can't thank you enough for all you have done for her." "We have seen a big improvement in writing, reading and creativity since she has been getting help at school, thank you."

2022- 23 Class names are based on inspirational people within the scientific field (current or historical) who link to and are an inspiration to our school values.

Please click on the class names below to find out more about these inspirational individuals and to find out what’s been going on in the class groups.

Marie Curie discovered radioactivity and changed the way scientists understood the atom. She was born in Warsaw, Poland, on 7th November 1867. In 1903, the Nobel Prize in Physics was awarded to Marie and Pierre Curie as well as Henri Becquerel for their work in radiation. Marie became the first woman to be awarded the prize. In 1911 Marie won the Nobel Prize in Chemistry for discovering the two elements, polonium and radium. She was the first person to be awarded two Nobel Prizes. Marie became very famous. Scientists came from around the world to study radioactivity with Marie. Soon doctors found that radiology could help with curing cancer. 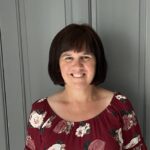 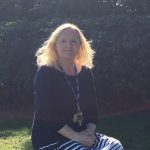 We look forward to welcoming you back

At Niton Primary School, the safeguarding and welfare of our children is our highest priority; a commitment that we expect all staff, volunteers and visitors to adhere to.