At Niton, our vision for PESS (PE and School Sport) is that every child should have the opportunity to develop their
confidence and competence to enjoy being physically active. This should allow children to develop into physically
literate individuals with the choice to decide which activities they would like to continue participating in as they
move through their lives. The ultimate aim is to encourage and facilitate a life-long passion of being physically active.
We are delighted to be able to say that once again we have been awarded the GOLD School Games Mark in recognition of our continued excellent PESS provision. 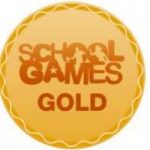 KS2 are busy practicing for the Cross Country event which will be coming up soon. We’ve got some fantastic runners showing some real talent. Keep it up everybody!  There are lots of football fixtures being arranged for the season ahead , it would be great to see plenty of supporters at our matches!  On Friday 13th September, Year 6 attended a superb sailing event at UKSA. The pupils were taught basic sailing skills and were in charge of steering a 2-man dinghy. The weather was amazing and the instructors were incredibly impressed with our pupils. They commented on their determination, bravery and resilience.
As part of our science unit on Healthy Humans, Year 6 were fortunate to be visited by gold medal winner from the Sydney 2000 Olympic Games: Louis Attrill. Louis spoke to the children about his career, his exercise and diet re-
gime as well as how he got into rowing in the first place.

The highlights of the afternoon were racing each other on a rowing machine and watching footage of Louis’ team winning the gold medal.

U11 Cricket Tournament at Brighstone:
Friday 5th July our Niton U11 cricket team took part in their last cricket fixture of the year at Brighstone. The tournament was a group stage, leading into quarter final, semi-final and final.  Niton were grouped with Brighstone and Wroxall and they won both games quite convincingly by playing some great cricket.
Niton then went through to the Quarter final to face Northwood.  It was a very close game which came down to the last over with Niton winning by 5 runs.
Into the semi-final and our Niton team were up against Newchurch A.  Niton won the match, playing an excellent game of cricket taking them through to the final.  Our team faced Newchurch B in the Final. It was a great final.  Both teams played so well. Niton just missed out on the win by 12 runs.
A big thankyou to Mrs Bartholomew and Mrs Wickens for helping with transport and staying till the end of the evening!
The team should be very proud of themselves playing so well on a very long day. Well done to all involved—a superb effort! 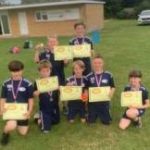 What an amazing day! Thank you to all the parents and family members who came to support the children in sports day.  A huge well done to all the children who
took part in the events last Friday – you all competed to the best of your abilities and cheered on your friends. We are very proud of every single one of you.
A special thank you to our Year 6 children who helped with so much of the setting up and scoring of events in the morning as well as inspiring and encouraging our younger competitors throughout the afternoon. You are superstars! 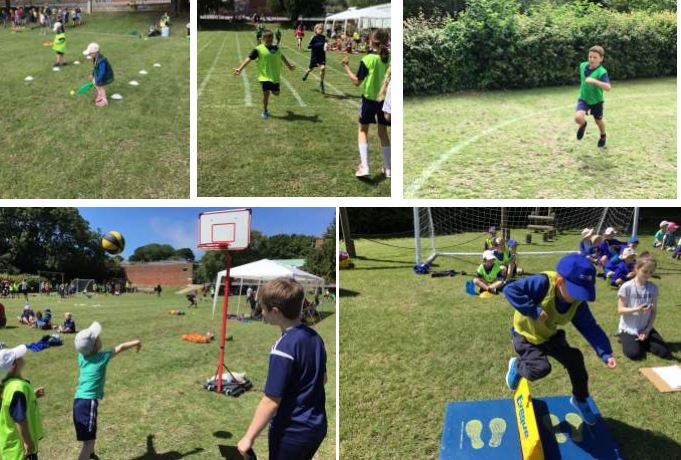 Success for U9 Boys and Girls in football – February 2019
Niton boys and girls have had a successful week of football this week.
Niton U9s were looking to continue in their quest for the semi-final with a game at St Mary’s Primary School last Friday afternoon. We need just two more wins to reach the semi-final. In horrible weather conditions, both teams played really well.
St Mary’s were the stronger team, starting off the scoring and going 1-0 up. But Niton wouldn’t be beaten and kept going, scoring a couple of goals to make it 2-1 to Niton at half time. The second half began and St Mary’s came back fighting. Good defending from Niton denied them any chance of goals. Niton pushed on and scored 2 more goals to make it 4-1.
St Mary’s replied with a consolation goal before the final whistle and Niton held on winning 4-2.
Well done to both teams who worked so hard and played so well.

Well done to all our Key Stage 2 children! Yesterday, they all took part in a cross country competition. Year 3 against Year 4 and Year 5 against Year 6. We saw some amazing determination from the children as they made their way around the field and the playground a number of times.
We now have our team for the Island Schools Cross Country Championships, which takes place next Friday, 8th February. Our team is made up of the top 2/3 runners from each year group:

U11 Indoor Cricket:
17th January and it was the first cricket tournament of the year. This was an indoor cricket tournament held at Rew Valley Sports centre. Niton had to play two games against Godshill and Wroxall. Their first game was against Godshill, and Niton were put into bowl first. They bowled and fielded well, but Godshill batted well and put on a competitive score. Niton then had to bat. They started off fast with some good scoring, but halfway through the innings Niton lost a few wickets and Godshill were on top. The game ended with Niton losing by two runs. Onto the second game and Niton
had to play Wroxall. Niton had to bat first this time. They were off to a flyer hitting 4s and 6s! They batted well for the whole innings and got a great score of 91!. Niton then bowled brilliantly, picking up wickets regularly. The game ended with Niton winning by 40 runs!

January 2nd and Niton Primary School hosted its second football course which was run by Mr Nash. 25 children turned up which was a great turnout! The course consisted of ball skills and shooting practice in the morning, then progressing to fun football games and rounding the day off with a world cup! All the children who came really enjoyed it. Hopefully it will run next term and more children can come along!
It’s going to be a big year for Niton Primary School with lots of sporting events to come. We hope to continue our good progress in the football with the U10’s and U9 girls semi-finals coming up. Also, the U9 boys are looking to win their remaining games to go through to the semi-final. We have also entered other sports competitions including basketball, cricket and hockey tournaments. We are hoping to do well!

The year 5 boys and girls took part in the Great Save Cup Quarter Final match on Friday 9th November
at Queensgate Primary School.
Both teams started strong in the first half, but it was Queensgate who took the lead with the first
goal. Niton replied very quickly scoring two quick goals to make it 2-1 to Niton at half time.
Going into the second half Niton continued to play well scoring another 2 goals to make it 4-1,
Queensgate didn’t give up and managed to score a second goal to make the final score 4-2 to Niton.
A special mention to Matteo who scored a hat trick—well done!

Congratulations to the whole team who all played really well and fully deserve their place in the semi-final of the cup, well done to all involved!

U9 Mixed Football League Match:
The U9 boys and girls had their first league match of the season against Broadlea Primary school on November 2nd. It was a great game to watch. Both teams always looked like scoring! But it was Niton who took the lead in the first half. As the second half began, Broadlea started to put the pressure on, but some good defending from Niton made sure they kept the lead right to the last whistle. The final score:
Niton 1-0 Broadlea.
Well done to all who took part – it was a fantastic result!

U11 girls football Danone Cup match report:
Friday 14th September was the first football fixture for the school.  Our U11 girls were set to play in the Danone Cup against The Bay and Newchurch.
The first game was against The Bay which Niton lost 1-0 but the girls played really well and defended superbly, stopping most attacks from The Bay.
The next game was against Newchurch which Niton lost 1-0 again.  The girls played really well for both games and showed lots of promise for the year to come.. A great performance overall and the girls should be proud of themselves.  Well done Maya, Lily, Coco, Mia, Rosie W, Maddie, Mariella & Delilah! 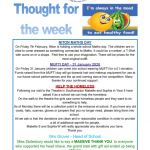 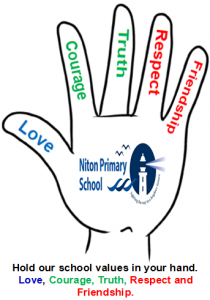 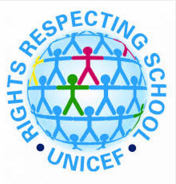